The client, a certified nursing assistant, experienced a compensable work accident when she injured her low back while transferring a client from a wheelchair to a bed. The accident was not contested by the insurance company.

Diagnostic testing confirmed a disk herniation at L4-5 and moderate pathology at L5-S1. After undergoing over one year of unsuccessful conservative medical treatment (physical therapy, prescription medications, and epidural injections), the client selected a new treating physician from the employer’s posted panel. The parties subsequently filed a change of physician form with the State Board of Workers’ Compensation.

At the hearing, the administrative law judge (ALJ) was not happy with the insurance company’s delay in this claim. The ALJ authorized the surgery and placed substantial emphasis on the treating physician’s opinion. The ALJ also referenced the IME opinion wherein that physician never stated surgery was not necessary. Most importantly, the ALJ assessed attorney’s fees against the insurance company in excess of $4,000 because it failed to provide any medical evidence to suggest that the surgical recommendation was inappropriate. Contrary to the insurance company’s assertion, and as determined by the ALJ, the surgery issue was not closely contested.

Recognizing its absurd position, the insurance company properly abandoned any further attempts to deny surgery following the ALJ’s decision. The client recently underwent back surgery and is currently rehabilitating in an effort to resume gainful employment. 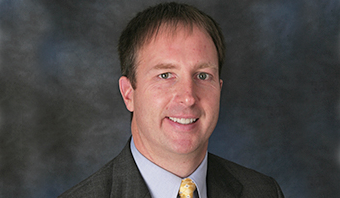